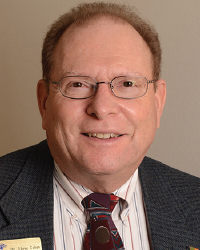 Dr. Steve Cohen was born in Brooklyn and raised in Queens, New York.

He was educated in New York City public schools and later earned a number of degrees: a B.A. in Biology, Hofstra University; O.D., Massachusetts College of Optometry; M.S.E.d., University of Southern California and a Ph.D. in Physiologic Optics, University of California at Berkeley.

Dr. Cohen served twenty years in numerous assignments in the United States Army and retired as a major. He is a Fellow of the American Academy of Optometry, a member of the Maryland and American Optometric Associations and former President of the Aberdeen Lions Club.

Dr. Cohen is married with three children and four grandchildren. He enjoys playing golf, gardening, bridge, and travel. In optometry his areas of concentration are contact lenses, geriatrics and ocular pathology. He has been in practice at the Annapolis LensCrafters since 1999.

We now charge a no show fee for missed appointments that have not been cancelled 24 hours prior to the appointment.